Since I mostly blog about writing and self-improvement, I thought a good way to segue some of my other literary interests would be a post series about what I’m reading and how it ties into larger, personal themes concerning my life and writing. This week I’ve finished reading the unabridged version of Moby-Dick. I’m not going to lie, it took me about a month just to get through all 600 pages and work my way through some of the more tedious chapters about cetology and the finer points of whaling. But I’m glad I did it, because it helped cement some things I’ve been thinking about concerning my personal journey as a scholar and freelancer.

It’s pretty hard to deny that Moby-Dick is a novel about obsession. And not only concerning Ahab’s obsession with the white whale, but Ishmael’s obsession with going to sea when life on land gets to be a bit much. He describes the melancholy feeling of walking the streets, stating:

Whenever I find myself growing grim about the mouth; whenever it is a damp, drizzly November in my soul… it requires a strong moral principle to prevent me from deliberately stepping into the street, and methodically knocking people’s hats off – then, I account it high time to get to sea as soon as I can.

I felt the same way graduating college and enrolling in a foreign graduate program. Everything in me yearned for some adventure far away. However, Ishmael finds that in escaping the dull life he has left behind, he finds himself enlisted in the shadow journey of a madman, who will stop at nothing to enact his revenge. Ahab’s dark obsession with Moby Dick eventually pulls the entire crew of the Pequod down to the bottom of the ocean during the climactic scene with the whirlpool. And like Ishmael, I too descended into a more difficult period of my life and had to confront my inner Ahab.

I would consider myself an obsessive person. Being obsessive comes with a whole slew of positive traits, including tenacity and dedication, but Moby-Dick taught me that obsession also comes with a dark side. Obsession can lead to rumination, which tricks you into thinking you’re doing something productive but really you’re just spinning your wheels, endlessly overthinking. I spent most of my years in grad school like this. I went from being an A student to a C student when I first started writing my term papers. Instead of swallowing my own ego and doing the work that would take me where I needed to go with my research, I shut down and became consumed by my own fears: I wasn’t smart enough to be there. Applying to graduate school had been a big mistake. I would never be equal to my peers. I hadn’t read enough books. The list of reasons why I was a capital “F” FAILURE kept mounting up. As a result, I spent a lot more time drinking than studying, which would have helped me more in the long run.

In short, I let my obsession get the better of me. Instead of focusing on the right things, I was consumed by my own white whale of insecurity. But once I gained some distance from those experiences it dawned on me that the root of my obsession was not doing well in school, which is what I used to justify my actions during that time, but my own fear of failure. I had always been a good student who didn’t need to study hard to do well. My trajectory up until that point had always been one of success and easy effort. Instead of rising to the occasion, I panicked. It was similar to the actions of Ahab who decided to pursue the whale that took his leg instead of protecting his crew and assuming his duties as captain.

I learned that the only way around failure is through it. While it doesn’t seem like it at the time, occasionally failing can make you better at what you’re trying to accomplish. For me, I became a better writer when I realized I didn’t have to be perfect. In fact, perfection is impossible. For one thing, it kills creativity and productivity, two essential components for success as a writer. Yup, failing is what eventually lead me to succeed. I applied to forty remote editing companies before I landed my first freelance gig. I rewrote several drafts of one essay before I had it published. I learned I don’t have to be successful on the first try. Or even on the second. Melville’s second novel after Moby Dick flopped after his first, and he didn’t garner much critical attention until after his death. Sometimes you won’t know where your biggest success lies. The important lesson is to keep going.

View all posts by Kellye McBride 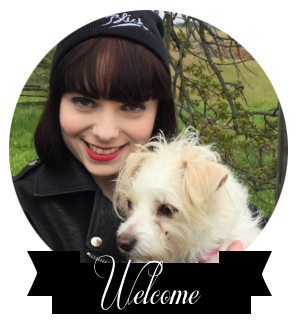 I am a freelance editor who is interested in fiction, nonfiction, and academic writing in the humanities. I also work with start-ups and small businesses looking to maintain their web presence. Contact me if you're looking for help with your next project!